What Is A Character Sprite?

A character sprite is a simple 2D video game graphic included as part of a broader environment. For example, The characters in Final Fantasy VI, The Legend of Zelda, Pokemon Red, and Castlevania are all sprites. They are 2D bitmaps included in the overall game world and move independently of the game’s environment.

How Do Sprites Work?

Sprites animate on the screen, apart from the game’s environment. Characters, animals, and even particle effects like explosions and more are animated independent of the environment.

Where Can I Get Free Sprites?

There are several great places to get sprites. Some of the best options are Open game art, which hosts thousands of different sprites and designs for use. Other than OpenGameArt, it would be best if you merely searched for what specific sprites you are looking for to find them easily.

How Big Is A Character Sprite?

It depends on the project you are working on. The standard sizes for sprites are 16×16, 24×24, 32×32, and 64×64. If you are having difficulty determining the best format for a character, decide based on your resolution.

Why Is A Sprite Called A Sprite?

It was a term coined back in the 1970s by Daniel Hillis. Since sprites moved independently of the bitmap, they seemed to float around, as ghosts called ‘sprites’ were rumored to do.

What Do Sprites Do?

Sprites fill your game world and help complete games. Without sprites, classic games like the Legend of Zelda: A Link to the Past wouldn’t exist. 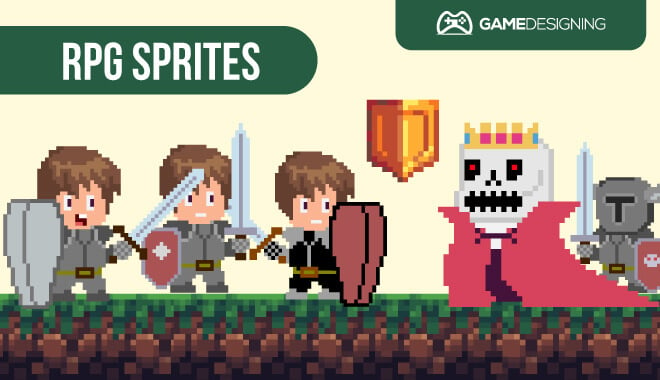 Can You Make Your Own Sprites in RPG Maker?

Yes, RPG Maker allows you to paint your own sprites or import from a paint program after editing the sprites to your liking.

Is There A Free Version of RPG Maker?

How to Create A Sprite Sheet:

What Is A Sprite Sheet?

Sprite sheets display a ton of different spirit images in a grid format. They usually contain all of the different perspectives you can see a sprite from, and what actions they can do. This provides the user with all they need to create their own games and characters.

You can easily create your very first sprite sheet or tileset by downloading the free version of TexturePacker. Even the free version easily allows you to flex your sprite-creating muscles.

These are some of the easiest sprites to create. Draw or paint the different actions a sprite takes, resembling an animation.

Tilesets: Making the World Around Your Game:

Tilesets are what sprite sheets are to game characters; they make up the game’s environment.

It’s all about saving memory when developing games. What can you sacrifice for better performance? Optimizing sprite sheets is a great way to do this. You are trimming the sprites down and saving a ton of memory in the long run.

Game Assets (Where to Get Sprites): 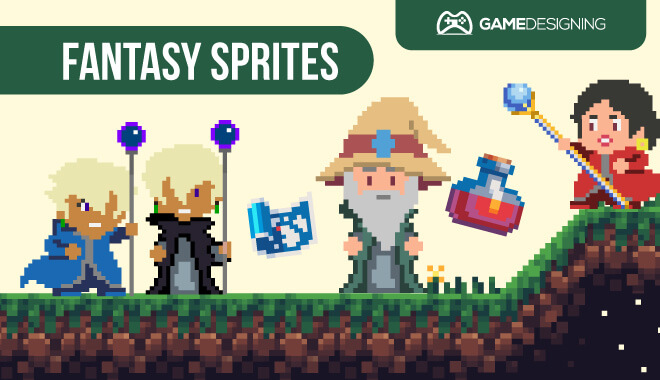 Here are but a few fantastic resources where you can download a variety of sprites for free. These aren’t the only resources, so make sure you explore more!