Get A Better Perspective: 6 Isometric RPGs For A More Immersive Gaming Experience

The 1990s were a great time for RPG computer games. Something that many had in common was that they shared one thing in common: an isometric camera view. This allows for a more comprehensive camera view.

Isometric games are those that view gameplay and the game world through a camera angle that isn’t top-down, but rather from a fixed point. This point brings the perspectives of both 2D and 3D, sometimes called ‘3/4 perspective’ or ‘2.5D’ for its unique combination of graphical capability and camera view.

What Is 2D Isometric?:

Very simply, 2D isometric is like 3D isometric games, but lacking the three-dimensional aspects of characters, objects, and more. Whereas 3D isometric can have assets, the 2D view is completely flat. This includes everything in the environment.

So, what are the best isometric games out there? Luckily for gamers, there is no shortage of these titles, as well as a recent resurgence in their popularity. 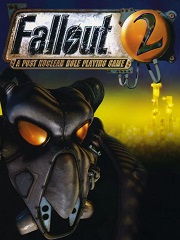 A masterpiece of PC gaming from the late 1990s,Fallout 2 brought revolutionary gameplay to RPG fans worldwide.

You play as the descendant of the protagonist from the first game, and your quest to bring water and prosperity to your tribe begins. This was a game where freedom was the name of the game.

With its isometric point of view, it combined a brutal and raw post-apocalyptic the United States of America with an interesting point of view. You could target enemies’ different body parts, (sort of like Fallout 3’s V.A.T.S. system) dealing with gory and unforgettable damage.

With a more mature, black comedy-drive storyline and world, Fallout 2 truly has a unique identity that kept gamers and critics alike coming back to it years later. 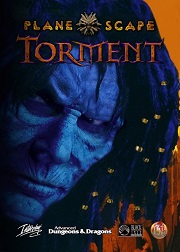 Still lauded as one of the best roleplaying games ever created by both critics and gamers alike, Planescape: Torment combines elements of isometric gameplay with a fascinating story of a nameless protagonist, (aptly called the Nameless One).

Waking up on a slab in the morgue, the nameless One suffers from a serious case of amnesia; all he has to go on are the colorful tattoos on his body and the help of a goofy sidekick, (that happens to be a floating skull), named Morte.

For those of you who valued story over combat, this is the perfect RPG. Conversations with NPCs often included long, flowing dialogues that put reading skills, (and sometimes patience), to the test. This fantastical world in which the player is dropped is filled with great characters, interesting backstory, and lore, and most of all, hidden information about the Nameless One.

Were you a terrible person? Or were you a saint? You can only find out by playing the game! 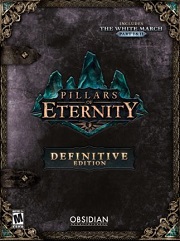 Harkening back to the 1990s, Pillars of eternity entered Kickstarter in 2012, eventually earning a staggering $4 million in crowdfunding. This impressive support translated into an incredible game in which you can tell developers Obsidian Entertainment put so much dedication and love into it.

As a created character, you tag along with a nondescript caravan, only to have trouble ensue shortly after camping out. What follows is an insane journey into a conspiracy, cult, and the spirit world.

Believe it or not, it is even better than the story sounds. You enter a completely fresh RPG world, filled with backstory and lore. 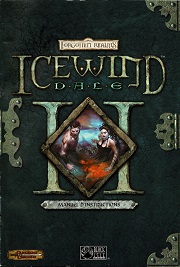 Much like its Dungeons & Dragons predecessor, Baldur’s Gate, Icewind Dale followed a winning formula of creating a party and setting forth to conquer evil.

Icewind Dale, however, eschewed a more linear story for a more player-based story. This means that you created characters from scratch, building a Dungeons & Dragon style party to go questing.

You and your party start by disembarking off of a traveling ship, only to find the Ten Towns under constant attack by goblins. You soon find out that there is more than meets the eye to the whole goblin situation, as your party uses its combined investigation, persuasion, and intelligence skills.

Oh yeah, and some brute force sometimes as well.

You DO need to eradicate the goblins somehow, and they aren’t exactly the ‘diplomatic’ type. I don’t want to give too much away from the story, but you soon find out that it isn’t just a rogue goblin army attacking Ten Towns for no reason.

Icewind Dale II takes everything that Icewind Dale did well and enhances it. It was frankly exhilarating traveling through the unforgiving, snowy wastes of Icewind Dale, uncovering a deep plot with some of my favorite created characters. Being able to completely create characters from the ground up, writing their bios and assigning their specific skills allowed for a unique narrative style of gameplay, enhancing RPG elements.

Would my barbarian Grog allow for a goblin to escape with its life? He probably would, but my paladin, Asur, despises goblins and would dispatch everyone he saw. Roleplaying was never more in-depth. 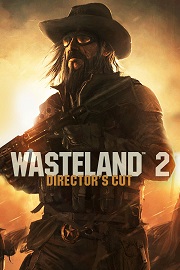 This was another crowdfunded RPG in which the former developers of Fallout, Interplay, (now inXile Entertainment,) brought players back to a version of the post-apocalyptic United States.

A nuclear war between the United States and the Soviet Union took place in the late 1990s and the world is still playing catch-up. Fans and players of the Fallout series will immediately recognize the isometric gameplay and black comedy that made Fallout stand out amongst other RPGs.

In it, you play as an initiate desert ranger who must quest with a band of unique characters to see who killed one of the best desert rangers ever, Ace. Again, you can finely tune aspects of created characters and immediately head out into the wastes of Arizona, California, and more to follow clues, help, (or hinder), people, and find out how Ace died.

You will meet a religious sect occupying Griffith Observatory, a city of upscale, polite cannibalistic people living in the ruins of the Los Angeles Public Coliseum.

These are only a few of the different groups you will come across and deal with in this masterpiece of an RPG.

Is Diablo isometric? Yes, and it is a fantastic early model for the coming PC gaming boom to occur later in the decade.

You take control of either one of three classes: warrior, rogue, and sorcerer. Based on your preference, you will be dispatching a huge number of ghoulish monsters, goblins, and demons.

You are summoned to the town of Tristram, a town in need of dire assistance. The nearby cathedral has become a breeding ground for hellish creatures, and only the player character can stop them.

You will descend multiple levels, filled with different quests and of course, terrifying beasts. You will eventually stumble upon Hell itself.

One of the quests, involving a beast called the Butcher, kept me awake at night. Traversing down into his lair, where he has killed multiple people and charges you with a giant butcher knife, is unforgettable.

There are so many more isometric RPGs out there for you to explore, but I recommend you start with these 6 to get a general gist of what they can offer you as a specific gameplay style.

Whether you like dungeon-crawling in a fantasy setting or exploring the ruins of the post-apocalyptic United States, there is something for everyone here. By exploring these games, you are exploring both role-playing and isometric gaming history, which is filled with creativity and innovation.