Roblox Coding 101: How to Create Your Own Video Game In No Time. Your Game. Your Rules

Game development used to seem like a far-fetched idea that only big studios could undertake. What if you wanted to create your own game, according to your rules?

Furthermore, what if you wanted to share your awesome new game with a bunch of other like-minded gamers and game developers?

There’s some good news: the Roblox coding language can help build your game in no time and share it with other passionate players.

Roblox is a unique phenomenon. Released in 2006

The exciting part is that Roblox isn’t only an excellent gaming platform. People who use Roblox as a gaming platform also use it to make their own games.

Games are able to be shared with the community at large as well. It has a huge, passionate, and dedicated fan base.

The original Roblox, called DynaBlocks, was in beta in 2004 and launched two years later under the now-famous Roblox name. Over the years, Roblox has turned from a cutesy online platform to a development powerhouse, with standalone launchers for Windows 10, as well as support from Oculus Rift VR.

They most recently launched their social platform, Party Place, to bring people together in a more socialized virtual environment outside of game worlds.

How to Learn Roblox: 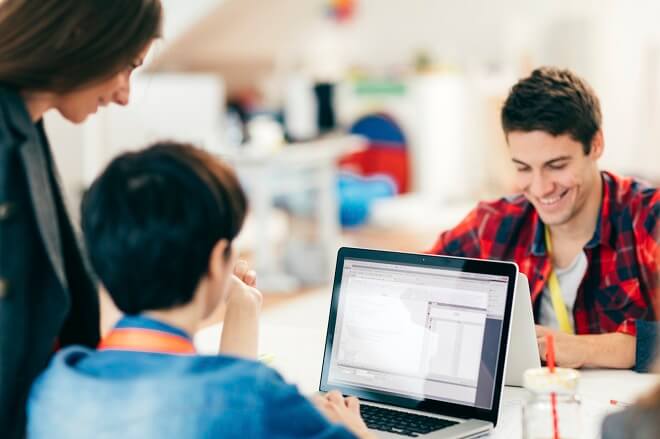 Set up, Installation, and Output Console:

Before you start coding with the greats, you need to download the Roblox player from the website. The installation is simple, and the hardware requirements are so nearly any computer can run it smoothly.

First and foremost, you are going to want to familiarize yourself with the GUI, or Graphical user interface. This is how you will be launching your games through Roblox.

Once you familiarize yourself with the look and feel, there are a few coding basics to ensure you are familiar with it.

There are a few notable things you need to know before you start coding full time. You need to be familiar with:

Strings
These are the things that will hold the text of your code. They are bracketed or penned in by apostrophes or quotation marks.

Tables
These are more or lists containing indexes of objects, arrays, and more.

Numbers
Nothing surprising here, just numbers as we all use them. Good old 1, 2, 3.

Variables
Variables hold the values for your code. They are the things that make up nearly every bit of programming.

Functions
Functions are different ways in which your code can be run. For example, they can be run once or multiple times.

Statements
This is where logic comes in. These statements read like your basic logical statement: ‘If X is true, then Y is false.’ These coding basics mostly use ‘then,’ ‘else if,’ and ‘nil’ statements. 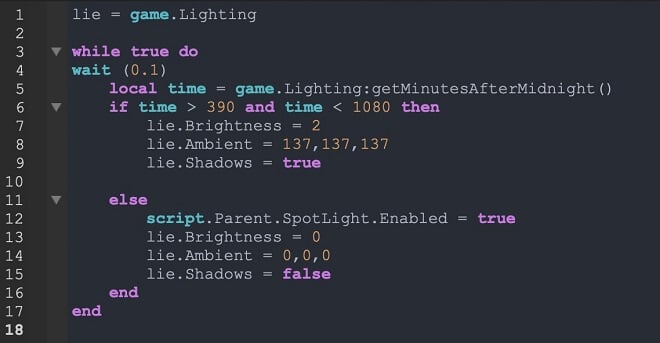 Creating a script is actually very easy, as scripts can be accessed right in the user interface, at the top right toolbar, under ‘script.’

The next thing you should do is access the ‘print’ function in coding. This is the heart and soul of coding. ‘Print’ allows you to communicate your statements into the coding field.

Try this: type in ‘print(“HelloWorld”)’

After this, you have officially created your first Lua script. It can only go up from here!

How to Become a Roblox Programming Guru: 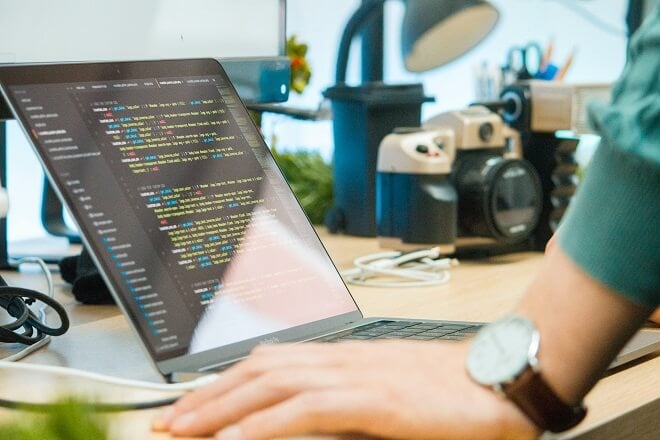 What Is an Effective Way to Learn Roblox Lua?

First thing’s first: you need to examine where you are in your coding journey.

Are you just beginning?

A few years in?

Taking inventory of your own skills and limitations is absolutely vital, as it will help you better map out a pathway to success using Roblox scripts and how to make a game on Roblox.

How to Become a Roblox Program:

What Is an Effective Way to Learn Roblox Lua?

First thing’s first: you need to examine where you are in your coding journey.

Are you just beginning?

A few years in?

Taking inventory of your own skills and limitations is absolutely vital, as it will help you better map out a pathway to success using Roblox scripts and how to make a game on Roblox.

First and foremost, you need to code. Code day and night like your life depends on it. By coding so much, you immerse yourself in the world of Roblox, Lua, programming, and scripting.

This doesn’t just apply for Roblox, either. This is a good practice for nearly any programming endeavor you undertake.

1. Take Online Courses
If you aren’t into the idea of learning on your own, try looking up a few online courses from places like udemy to better acquaint you with either coding in general or Roblox Lua.

2. Community
Make sure to check in with a community of fellow coders or experts for valuable advice. Getting feedback on your programming projects, as well as some knowledge, is a great idea.

3. Projects
Most of all, you need to work on projects that push you out of your coding comfort zone. Push the boundaries just enough where you can learn something new and accomplish something.

5. You Deserve A Break
Take breaks from learning if you need to. Know that this won’t happen overnight, so there’s no need to bog yourself down and burn yourself out. This can be difficult, especially if you feel you have a great idea you want to execute.

However, taking breaks can refresh your mind and body and allow you to code more.

What NOT to Do:

Don’t just jump right in with no prior knowledge. If you don’t know how to script in Roblox studio, but you jump right in, you will be incredibly lost.

1. Don’t get too eager.
It can set you back. Even if you just take bits and pieces of code and try to modify them, it might end up confusing you more than helping you.

2. Don’t plagiarize!
Copying code from someone who is much better could be a great way to learn the structure of data and scripts. However, if you are going to use someone’s code, make sure you ask permission first!

The Best Roblox Games Ever: 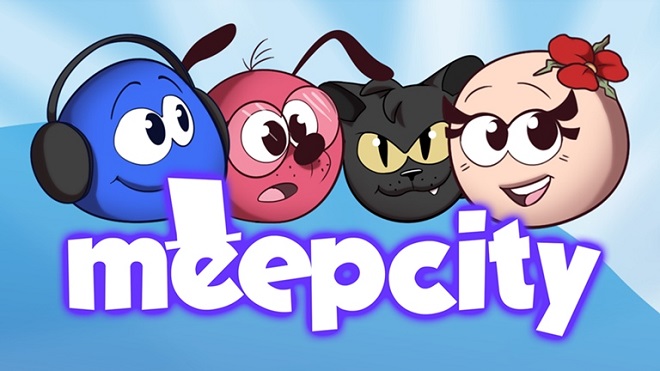 MeepCity has the unique honor of being the first game made via Roblox that garnered over a billion hits. This game was released in 2016 and heavily emphasized socializing with other online players. It pulls a lot of influence from Club Penguin and Disney in its style and approach.

Developer alexnewtron still plays his creation to get a better feel of gamer demographics, dynamics, and what he could always improve upon. He and his team are always looking for ways to increase the satisfaction gamers get from socializing in MeepCity. 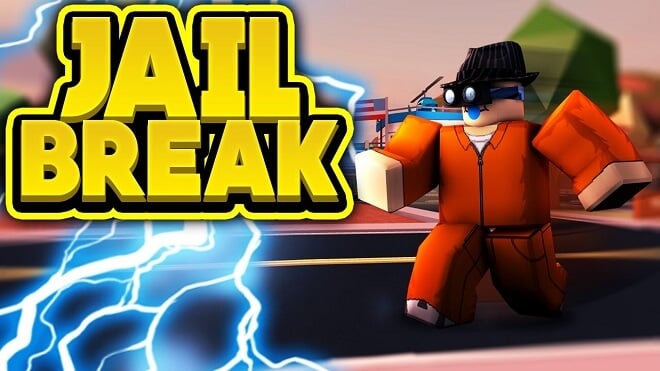 The product of a group of college kids programming in their spare time with Roblox programming, Jailbreak, is a nuanced and downright fun title to play. Players will be able to choose between playing as the police or criminals. The criminals have a multitude of different criminal activities to partake in, like engaging bank heists or the titular jailbreak.

The cops, on the other hand, are tasked with putting a stop to the criminals’ plans. Alex Balfanz, the creator, has made a tidy sum on Jailbreak, including physical toy deals. He hasn’t let it go to his head, though, as he and his team are continually updating and improving the game’s mechanics. 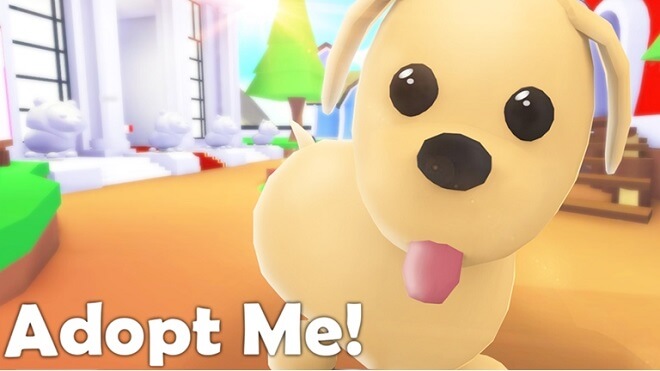 Adopt Me! has been an ever-growing popular Roblox title. It was released in July of 2017 and has been played by hundreds of thousands of players at once.

Based initially around characters adopting each other, it quickly switched into an MMORPG about adopting virtual pets. This became a huge success, with over half a million players on the Roblox platform.

A team of about 30 people created it, headed by users Bethink and NewFissy. Overall, through microtransactions, they have accumulated millions of dollars.

Does Roblox use C++?

Yes. Roblox programming is based on a combination of Lua and C++.

Does Roblox use Python?

No, the Roblox coding language doesn’t allow for Python use, as it is optimized for the Lua programming language.

Is Lua easy to learn?

Yes. Lua can be learned relatively quickly and has a ton of variety in applications and games. There are also useful learning tools like the game ‘Lua Learning.’

If you are already familiar with coding languages, you should be able to more or less master Lua in its entirety. If you are new to coding, Lua is still very forgiving for newcomers.

Yes, Roblox goes above and beyond to teach everyone how to code and program. Roblox offers courses to teach people how to code as well as imparting entrepreneurial and game design.

Yes, it can be difficult. Like any programming language, you need to learn the ins and outs. Unfortunately, this won’t happen overnight, even in Roblox. You need to practice and hone your Roblox programming skills.

What scripts does Roblox use?

Roblox scripting is made up of Roblox Lua.

Is Roblox Lua the same as Lua?

No, not exactly the same. However, they are so much alike and only have a few minor differences that you could mostly say they’re the same.

What is Roblox Lua?

How long does it take to learn Lua?

It can take anywhere from weeks to months. Depending on your skill level, learning Roblox Lua could be mastered in a short time. If it is your first time ever coding, then it will take considerably longer.

What is the most popular game in Roblox 2020?

The most popular game in Roblox is MeepCity, with almost 5 billion visits.

What are the best gun games in Roblox?

What is the best simulator game in Roblox?

Does Roblox use JavaScript?

Is Lua easy to learn?

Compared to some other coding languages, yes, it can be easier to learn.

Do you need to know how to code to make a Roblox game?